Transgressing up( with my smartphone) is hard to do 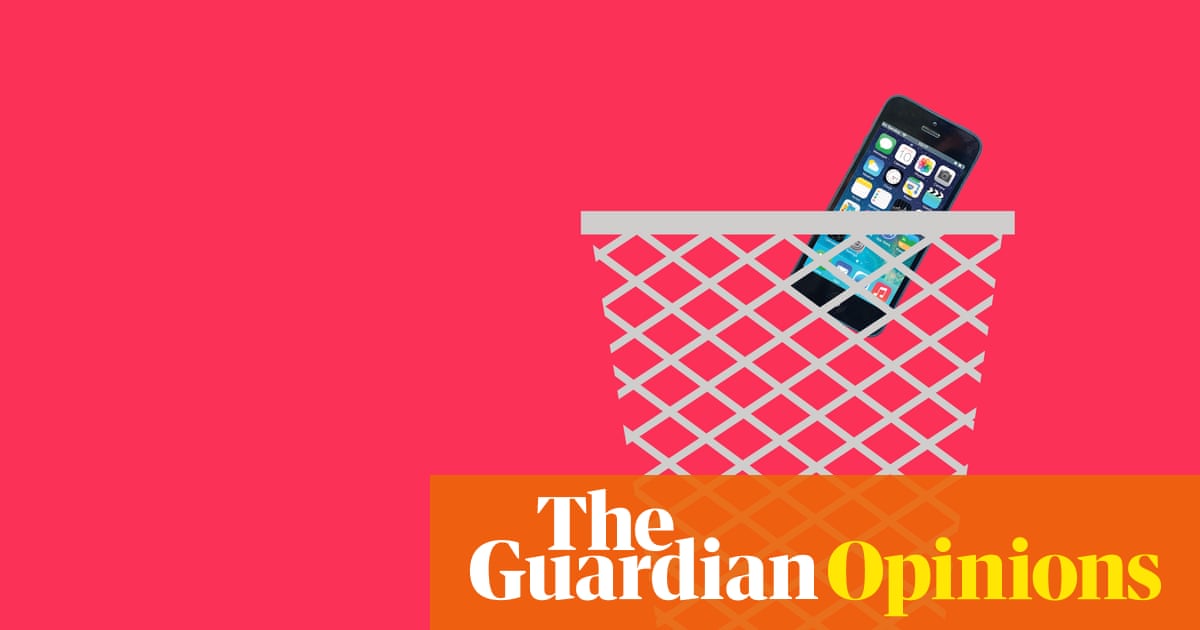 There is something wrong with my phone, and it is not just that the predictive text feature thinks I’m obsessed with ducks. The real problem is that my phone is the first thing I look at in the morning, and the last thing I look at at night. I come running when it makes a ” ding ” sound. I think in tweets and look at meals and people and imagine them cropped into squares on Instagram. “Theres anything” mentally totalitarian about it.

Smartphones are designed to addict us- nagging us with notifications, disrupting us with noise, inducing themselves indispensable. Social media apps harness neuroscience to the same end, triggering dopamine makes that lock us into them for hours. A terrifying new volume, How to Break Up With Your Phone, says we are rewiring our brains so they are less organised for deep thought; killing our attention span, destroying our memory, sleep and happiness. Phones have changed the world, too; advertisers use them to hoover up our attention. We are no longer only customers, but product. As Ramsay Brown, co-founder of app-designers Dopamine Labs, has said:” You get to use[ Facebook] for free, because your eyeballs are what’s being sold there .”

The book aims to help us put our telephones away. It is a 30 -day plan starting with baby steps, such as buying an alarm clock, then progressing to auto-text responses, altering the screen to greyscale, and then- help!- an invitation to mindfulness. Due to my diminished attention span and craving for sensation, I’d prefer a single step, such as” hurl your telephone at a shut window” or” put it in the microwave”- as long as I could film it on my phone. I have tried some of the changes. I maintain my phone in another room while working. I don’t cycle through a sequence of apps when I do pick it up, forgetting why I’m doing so. I now reply to messages once a day, like an 18 th-century gentleman catching up on correspondence at his desk of a morning- except I do it in the bath, eating Maltesers, at night. The difference is huge. I’m reading more, I’m more able to string a sentence – hey, what’s that cinema where Keanu Reeves plays a Quebecois goalie?

I’m also . Reducing my smartphone use underlines what was great about it in the first place. The ability to wormhole away from the static walls of my house and work. To connect to anyone. There is no way the people I drink with on Friday can compare to anyone. And it’s not as if mental peace awaits as soon as I set down the glowing Distract-Oblong. It’s impossible to reclaim the supposes I want without including the ones I don’t- anxious, intrusive thinks that are always waiting. Breaking up with my phone means approving the tortuous, paradoxical timeline of lived experience: how a day can drag out for a year, and 10 years can vanish overnight.

With so many TV personalities eyeing up the political pasture, it is the suits I feels sorry for. They have to do something with themselves, too, once the time for that carriage clock rolls around.

The obvious response is for our retired politicians to pick up the gauntlet, and take on the plum roles of stage and screen. Wouldn’t you binge-watch Ed Miliband in A Series of Unfortunate Events, or Nick Clegg in the next season of The Walking Dead?

Crowd-pleasing musicals could take over a subversive frisson with the new approach. Neil Hamilton in Hamilton is a shoo-in; but would other ex-Tory legislators be thick-skinned enough to take on Fiddler On the Roof, Wicked or Kinky Boots?

News that robotic seals could be rolled out across NHS dementia wards sounds like a nightmare world. But it’s a nice thing- the cybernetic seal pups respond to talking and touch and encourage social behaviour in those with declining cognitive function. Researchers in the UK have been testing Paro for a while, but we are still behind Japan, where Paro has been comforting people since 2004. By now, they probably have horse-sized cats to walk their dogs and unicorn doulas. Why do we always get everything late? I’m going to speak to my MP- the Marvellous Pelican who is also my therapist.