The vice-president-elect deserved the displeasure of the audience, but watching it happen almost stimulated me sorry for him 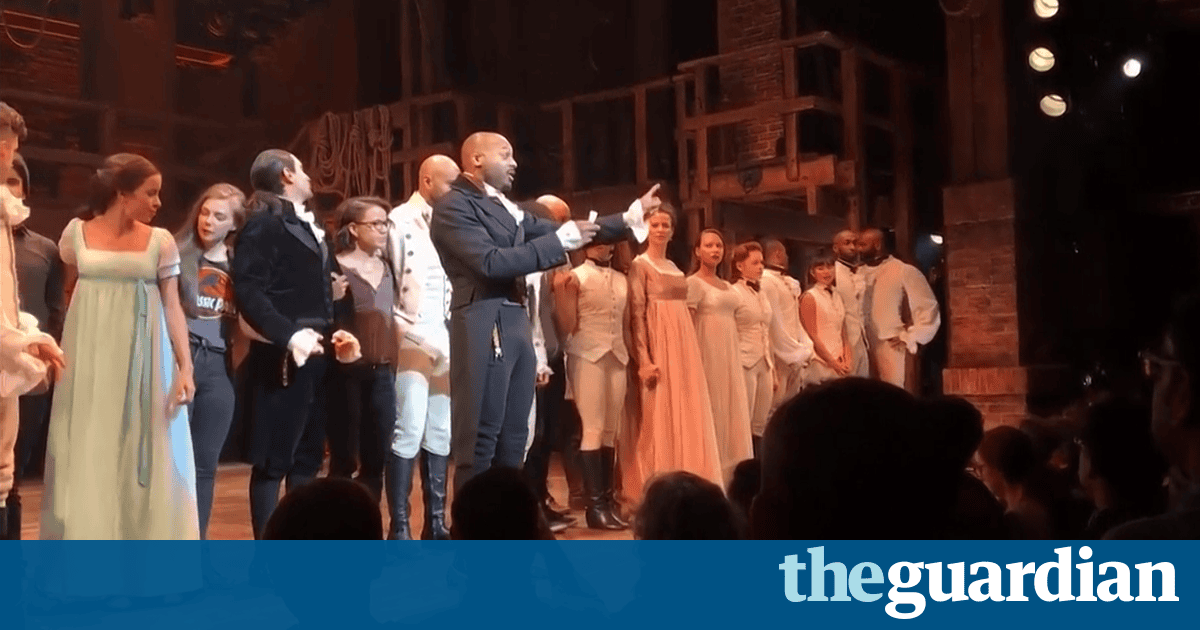 The booing of Mike Pence, vice-president-elect, at a performance of Hamilton last week elicited a response I had expected in myself, but hoped might take a little longer to surface, which is empathy for the overdog.

Its a bourgeois tic, I know the disfavour of public rudeness over what is, clearly, the greater offence of Pennies voting record. But I observed it impossible not to wince at what happened at the theatre, in the same way that, years ago, I winced when someone in the audience on BBCs Question Time was monstrously rude to Tony Blair.( I dont mean vigorously cross-questioned him or spoke truth to power; I mean they were petulantly rude, in the manner of a sixth-former freshly aware of his powers .)

Pence, unlike his philistine boss, was at least going to see Hamilton. Maybe something of it would rub off on him, I said to a friend, who scoffed. The vice-president-elect, who in his home state of Indiana has tried to restrict abortion, enable discrimination against LGBT people and devote gun proprietors the right to keep handguns in their vehicles on school property, is not an obvious nominee for a liberal epiphany. Do you think, said my friend, hes going to see Hamilton and abruptly say, hey, lesbian people are terrific, someone tell Satan he cant have them after all!

And yet there was something about the booing I didnt like. Its not a question of respect for high office, that very American reflex that always makes Brits sneer at joint press conference, when the US press corps stands up for its leader and the Brits stay stubbornly seated. And its not that I object to jeering per se. During the campaign, I guessed if I saw Donald Trump in the street it would give me tremendous satisfaction to scream something rude at him.

A columnist in the Washington Post cried hypocrisy. There was, he wrote , nothing more delusional than a mob of wealthy, out-of-touch Manhattan liberals( who can afford $849 tickets to Hamilton) booing Pence and lecturing him on diversity. But this wasnt right either; the constituency of the crowd was neither here nor there and one got the feeling that this particular columnist, a former speechwriter for George W Bush, had uttered the phrase out-of-touch Manhattan liberals before.

I suppose it seemed to me like a tactical mistake one that, while cathartic for the booers, was likely to entrench Pence further in his reactionary positions. As we all strain to look outside our bubbles, isnt it better for Mike Pence to ensure Hamilton than Cats?