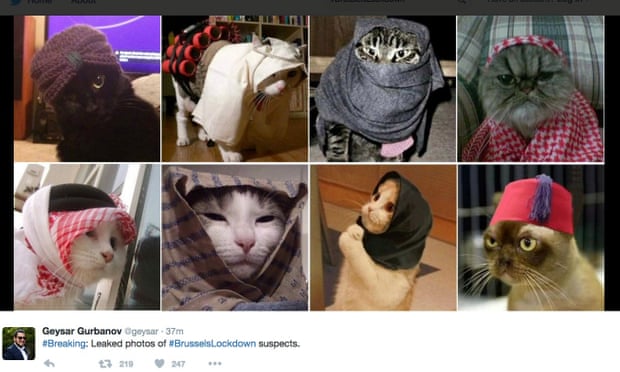 When, on Sunday evening, Belgian police asked citizens not to tweet about the armed operations that were being carried out around the country, anyone could have been excused for reacting with fear.